Le Va’s purpose is to create opportunities for Pasifika families and communities to flourish through embracing Pasifika solutions.

Our approach takes a holistic perspective to flourishing and wellbeing – encompassing the physical, mental, social, environmental and spiritual dimensions of wellbeing.

This holistic approach is reflected in Le Va’s national Pasifika suicide prevention programme FLO: Pasifika for Life and was particularly evident in the collection of diverse speakers selected to present at our recent Growing Pacific Solutions for Young People conference held from 20-22 April in Auckland.

The GPS conference was co-created with exceptionally talented Pasifika youth who demonstrated and emphasised that with radical acceptance, absolute inclusion and full participation (the overarching themes of GPS) our youth will reach their full potential.

The suicide prevention and violence prevention stream, which was masterfully MC’ed by Riki Welsh and Whitney Pa’u-Tuitasi from the Youth Action Komiti, demonstrated a holistic approach to wellbeing, reflecting the complexity associated with suicide and the need for intersectorial collaborAction, innovative and creative approaches as well as strong community leadership.

The following is a brief summary of the research presented at the conference, exploring several major contributing factors associated with Pasifika youth suicide – bullying, cyber bullying and self-harming behaviour.

Synthia Dash interviewed Pasifika health professionals for her Masters thesis on deliberate self-harm (DSH) in Pasifika people.  Many of the research participants reported concern at the number of students being referred who are engaging in self-harming behaviours. They also indicated DSH is occurring across all age groups, genders and ethnicities but with young people presenting most frequently. A variety of DSH methods that Pasifika youth engaged in were identified, with cutting occurring more frequently in females and risk taking behaviours more common in males.

Synthia’s research noted that, “Overall, the participants differentiated DSH from suicidal behaviours, (namely, suicide attempt and completed suicide) based on the understanding that DSH is engaged in without the intention to die whereas in suicidal behaviour the intent is to end one’s own life. Thus, rather than being associated with suicide, DSH was generally seen as a means to express distressful emotions or to serve other non-suicidal functions”.

While self-harming behaviour is not always an attempt to take one’s life it can increase the risk of intentional or unintentional death. Therefore, Synthia suggests,“Culturally appropriate psychoeducational and awareness programmes/campaigns that promote psychological wellbeing and address DSH specifically” are required and, “Initiatives that foster family, spiritual and cultural connectedness and address social issues were recommended”.

Tony Patolo presented findings from his Masters thesis on exploring young Pacific peoples’ perspectives and experiences around bullying. According to research, bullying rates in New Zealand are disturbingly high1 with one in five young people having experienced cyberbullying2 and a reported 94 per cent of teaching staff having witnessed bullying in their school3. Unfortunately, the 2012 Youth Overview survey showed the rate of bullying in New Zealand has remained consistent over the last decade4.

Tony’s research suggests, “Bullying can be difficult to define for young Pacific people, especially through the aspects of Pacific humour (when mocking goes too far) and tough love (bullying someone to raise their resiliency, i.e. ‘toughening them up’). Many cases of bullying caused unintentional harm, due to the aggressor’s unawareness of the psychological damage they inflicted towards a victim”.

His study raised questions around safety in schools, particularly for fa’afafeine whose reported experiences of bullying included sexual harassment. In many cyberbullying cases, the situation often escalated to include wider family members, where derogatory language was used and where victims also became aggressors.

This study strongly recommends that more information on the consequences of bullying should be made available to Pasifika parents so they can have safe conversations with their children and that Pasifika youth need to be encouraged to speak about bullying without feeling embarrassed.

Findings from all four researchers reinforce the need for strengthening the communication between Pasifika parents and their children and highlight the importance of Le Va’s identified suicide prevention protective factors – talking about suicide in a safe manner, building strong families, ensuring everyone feels connected in our communities, and the importance of our culture and spirituality in our holistic wellbeing. 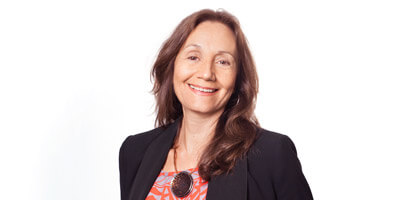 About the author • Denise Kingi-'Ulu'ave

Denise is responsible for providing clinical leadership, direction and oversight across Le Va’s programmes. She has served the community in her extensive career as a clinical psychologist and in service roles within the health sector.