The West Fono Health Trust, aka The Fono, is a well-established and respected Pacific organisation in West Auckland committed to improving how health and social services respond to the needs of Pasifika.  The Fono is one of 17 community organisations across Aotearoa that have received funding from Le Va to undertake Pasifika suicide prevention initiatives.

The Fono’s overarching goals for its initiative include:

Both goals have been successfully accomplished.

Project lead Levei Toleafoa said the initiative’s success has been a collaborative effort, determined by well-established, familiar and quality relationships within the community.

“The project has been determined by underlying principles which support youth participation, family focus, fun, innovation, safety and inclusiveness.”

Two focus groups brought together more than 50 young people representing a range of Pacific ethnic identities and backgrounds, such as local youth groups, schools, sports clubs and rainbow youth. The groups generously shared a collection of rich information addressing a number of questions such as, how do you think we should talk about suicide and suicide prevention?  All of the facilitated discussions resulted in a mix of new insights and reinforced similar perspectives. 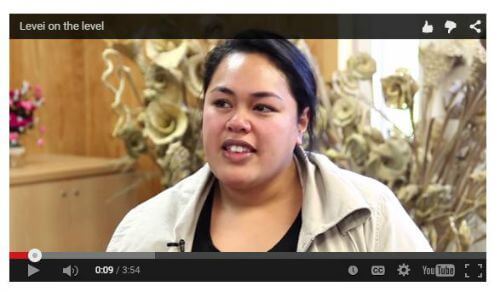 Le Va would like to thank Levei and Joanne for generously sharing their stories, which you can watch on our Healing Stories webpage.  #HelpgiveHope

Levei Toleafoa shares her story about relationships, dark places and ‘opening up’ during the tough times. You can also read Levei’s story on The Fono website.