Giving back to community – FLO Talanoa

As a person with a performing arts background that started in the community, the notion of being able to give back to that same community was a want that had grown over the years to a need.

With the loss of my step-daughter to suicide in 2012, performing arts became a pathway to healing.

A personal drive to fill the overwhelming grief with purpose, led to an opportunity to be part of a suicide prevention initiative by Le Va.  And it is with great appreciation and acknowledgement to Le Va –  especially to Denise Kingi-‘Ulu’ave, the programme lead for clinical and suicide prevention – that I was able to begin a journey which, metaphorically, has come full circle.

The FLO Talanoa community education programme enables community members to learn the programme and then facilitate workshops among their communities.

As part of a pilot delivery of the programme I was invited to develop and deliver a creative intervention theatre piece as a way to open the hearts and minds of the pilot groups before undertaking the workshop. In the spirit of #CollaborACTION it was an honour to collaborate with
Le Va on adapting my play ‘Tautai’ to a two-hander play titled ‘A Family’s Journey’.

Le Va supported me to reconnect, build and establish the best way to give back.

The idea is to perform ‘A Family’s Journey’ to Tokelau communities in the Hutt Valley and Porirua – involving our audience to write the script.  After the play, a Q&A is opened-up to the audience for suggestions of what the characters could have done differently through choices and actions and, in effect, changes the script with me improvising the changes on the spot.

This opens up a free-flowing and safe way to discuss difficult subjects by using the stage as a safe-place separate from themselves. 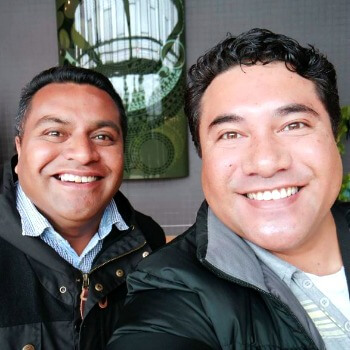 It was this idea that I shared with MP Kris Faafoi that got him interested in how it could be rolled out to secondary schools and communities in the Mana electorate, and who is supportive of it happening in 2016. It was also the reason that Vaioleti Lui – Principal Advisor at MPIA – was interested in supporting it in some way. I also met with Lina Alefosio of Tupuna Collective, a Lower Hutt-based theatre company regarding a collaboration in creating a Tokelau language play around mindfulness and wellbeing.

One of the difficulties that can arise from a new initiative is trying to connect to a Pasifika community, for instance, the Tokelau community is elders within said community. A generational and cultural gap can be a significant one and so a Tokelau language radio play will premiere in Tokelau language week in October 2016. It will be a creative intervention piece written by myself and Tokelauan musician/lyricist Mahelino Sakalia. The radio play will be followed with a call to register for FLO Talanoa workshops in November 2016.

FLO Talanoa is a powerful tool for change by sharing knowledge and opening discussions about suicide.

The work I do in Wellington this year will lead to wider awareness on a community level to this important resource so that, come November of this year, awareness will lead to engagement in the programme.