The 2018 LifeKeepers national suicide prevention awards ceremony was held in Christchurch at the He Waka Tapu Suicide Prevention Symposium, on Friday 24 August 2018. Twelve nominees from across Aotearoa were recognised for their efforts to create communities of C.A.R.E and help prevent suicide.

Communities play a vital role in preventing suicide and we know that there are many individuals and organisations who are working hard to support those at risk of suicide to get the help they need. The LifeKeepers awards is a collaboration between Le Va and the Clinical Advisory Service Aotearoa (CASA) which aims to recognise the hard work of these individuals and organisations through this annual ceremony.

Check out the nominees in this video.

At the ceremony, nominee Brian Lowe (Youthline Otago) was named the 2018 LifeKeepers Supreme Award winner. Brian has over 10 years’ experience working on the helplines and he now manages Youthline Otago. Nominations were received from all over the country for ordinary people doing extraordinary things, from frontline workers such as counsellors through to researchers and community capacity builders. Thank you to Brian, and to all the nominees for your dedication and inspiring contributions to suicide prevention – the work you are doing makes an enormous difference in people’s lives.

Watch this clip from One network news that includes some of Brian’s work.

Also listen to a radio interview about the awards with our CEO, Dr Monique Faleafa.

The LifeKeepers Awards would not be possible without the sponsorship of the Clinical Advisory Service Aotearoa (CASA), and the support from Te Rau Matatini, He Waka Tapu and all of the district health boards across the motu. Working together – as individuals and as organisations – is vital; preventing suicide is everyone’s business and we know that together, our efforts will make a collective difference.

For information about the 2018 LifeKeeper award nominees visit the LifeKeepers website. 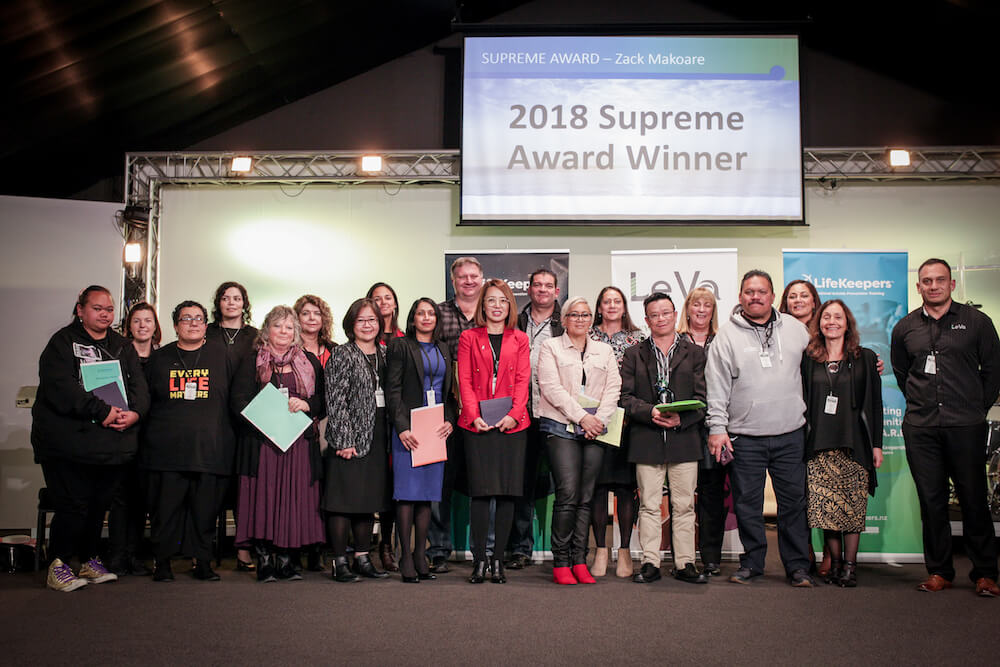