Netflix drama series 13 Reasons Why has been renewed for a second season, much to the dismay of many parents and communities.  There is now evidence on just how much harm this kind of portrayal of suicide can do.

With a storyline focussed on a teenager’s death by suicide, through a series of tapes the teen has left, she describes how events and people led her to take her own life. The series divided opinion among our New Zealand public.  Some said it was good that it opened up a public conversation about suicide, raising awareness and showing the harsh realities of suicide from a teen’s perspective. However, others thought  that the detailed graphic grand finale scenes of suicide were unacceptable, promoted suicide, and might leave young people feeling vulnerable and even unsafe.

A recently published study in the Journal of the American Medical Association produced evidence that 13 Reasons Why did, in fact, increase suicide awareness immediately following its release, with up to 1.5 million more internet searches related to suicide. Most of the searches were focussed on suicide ideation, and whilst there is no way of knowing if those searches led to a suicide, or led to more access to help, we do know that, at a global level suicide search trends are correlated with actual deaths by suicide.

The harm that can happen was chillingly presented by Professor Ella Erensmen at the Australian National Suicide Prevention Conference I attended in Brisbane recently. Ella’s presentation included the risk of suicide contagion via the internet and social media. She identified suicides in the USA, Austria and Peru that were copycat deaths or directly related to 13 Reasons Why. Ella is an expert advisor for the World Health Organisation and President of the International Association for Suicide Prevention.

Most importantly, we need to be sure that we instil a sense of hope in our most vulnerable people, and keep them safe. Then we can enjoy great entertainment without increased distress and risk.

Back in May Le Va was asked our opinion by media about 13 Reasons Why, so we listed our 13 reasons why we must ‘at least do no harm’ when dealing with the issue of suicide.

Watch the Tagata Pasifika news-clip here to view a 30 second summary of what we think, and also read the detailed information below.

We know from hard evidence and international recommendations that detailed descriptions and fictional portrayals of suicide and methods, are associated with increased distress and an increased risk of suicide for vulnerable people. The graphic scenes in 13 Reasons Why do not follow these recommendations.

Reason 2: Graphic scenes can trigger our most vulnerable.

People’s reactions to the series will vary widely and depend on their personal life experiences, particularly if they have been impacted by suicide in the past.

For many rangatahi (and adults) 13 Reasons Why may resonate for them and encourage good conversations, and even motivate people to treat others better. The young people that experience this reaction are most likely in the right frame of mind to watch it, are resilient, and have similar peers or supportive adults to discuss the issues with.

But for a small percentage of the population, they will not be in the right frame of mind, may have pre-existing vulnerabilities to the issues depicted, may be isolated with no support, disconnected, struggling, and not realise that viewing the series may trigger their vulnerabilities and leave them distressed and even more vulnerable.

If you, your child, friend or family member is going through a difficult time, feeling low or have been impacted by suicide, we recommend considering the potential impact it will have on your wellbeing first. If there’s any negative outcomes you can think of, don’t watch it. If you need a little help weighing up the pro’s and con’s, try our problem solving tool, and talk to Aunty Dee.

Reason 3: Vulnerable young people themselves or their families are already reporting that it’s unsafe.

There are already reports in the USA and Australia of cases of young people binge watching the series, and their vulnerabilities have been triggered, sadly with potential links to tragic outcomes.

Reason 4. It portrays suicide as a solution – and we know it’s not.

Vulnerable teenagers may self-identify with the main character’s experiences of bullying, sexual violence, relationships problems or depression and see suicidal behaviour as the only answer. But we know there are many ways to cope when we are distressed or have suicidal thoughts (see below for more info), and acting on those thoughts is not one of them. If you or a friend or young one needs a little help weighing up the pro’s and con’s, try our problem solving tool, and talk to Aunty Dee.

Reason 5: It does not portray how to talk about suicide safely.

There are also many other sources of help that 13 Reasons Why failed to address – as outlined in the international recommendations, such as ensuring free help line information is available to the viewers, or recommending talking to trusted friends or family, and if you’re a young person, finding an adult to talk to.

The series can also romanticise, glamourize and sensationalise suicide which is the wrong messaging for vulnerable people. It’s a fictional drama and drama’s are aimed at eliciting emotional responses. Suicide is a sad tragedy and should be viewed that way. Once a person is dead, they do not get to make a movie or talk to people anymore.

Reason 7: It portrays professionals as unhelpful.

The portrayal of a school guidance counsellor as unhelpful is not typical of most counsellors. We know they are professionals and a trustworthy source to go to for help. We want our young ones to have confidence and trust in the ones they reach out to for help. This inaccurate portrayal only increases stigma and strengthens the barriers to help seeking for young people.

Reason 8: To some it trivialises suicide.

The question of “Why?” is one of the most difficult aspects of suicide to reconcile – just ask any parent that has lost a child (or any survivor of losing a loved one). “Why did they take their life?”, “What could I have done different?”, “Why didn’t they ask for help?”.

The causes of suicide are extremely complex and for some, psychological pain may have no obvious ‘reason’ at all, whilst for others there may be extreme complexities. Why someone would contemplate suicide rarely has clear linear reasons as depicted in the series, which some would say trivialises and over-simplifies the issue of suicide.

Reason 9: It can make survivors of suicide loss feel even more guilt.

For people that have lost loved ones to suicide, the question of “What if” may haunt them for life. Because 13 Reasons Why has a focus on blaming others for suicide, it may conjure up feelings of overwhelming guilt that can trigger a downwards spiral for some. The important thing to remember is that suicide is never the fault of survivors of suicide loss. If your being affected by the loss of a loved one check out the Mental health Foundation’s guide around suicide bereavement or Skylight offers a grief education programme for people bereaved by suicide.

Reason 10: The NZ Classification Officer recently classified it as RP18.

Because of its harmful content, during the writing of this blog, NZ authorities have recently classified 13 Reasons Why to an RP18. This means anyone under the age of 18 can only view the series with a parent or guardian – which we fully support.

Reason 11: Netflix and the producers do not provide any educational support for viewers.

If your young ones, friends or family want to watch it, be prepared to talk about the issue of suicide in a safe way, especially if you are a parent. You can watch our 4 minute ‘BRAVE’ video to help prepare, with messages from young people on how to deal with the situation of discussing suicide with them in a non-judgmental way. To be even more equipped we’ve developed free FLO Talanoa education workshops for Maori and Pasifika communities. Further training for all New Zealanders will be available soon.

Reason 12: Overall it sends a message of hopelessness for vulnerable people.

It’s important to instil a sense of hope for suicidal people. We know that for people with thoughts of suicide, hearing stories of people that have survived a suicide attempt, focussing on reasons for living, can help change their mind and save their life. That’s why we produced these short Healing Stories that give hope to our most vulnerable and our ‘Top 5 tactics’ – Josiah Tuamali’i has eloquently shared how he used our ‘Top 5 Tactics’ to navigate his journey. You can also download our ‘Help Give Hope’ pamphlet with more helpful info to prepare you.

Reason 13. In New Zealand, professionals agree with us.

Experts in the field such as CASA and the Mental Health Foundation have also given sound advice with concurring views about 13 Reasons Why. All would agree that we must ‘at least do no harm’ to people through media portrayals of suicide, and in this case the series has failed.

Where to get help: 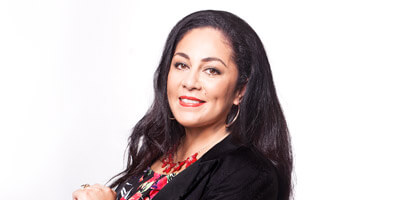 About the author • Monique Faleafa

Dr Monique Faleafa is Le Va's founding Chief Executive, appointed in 2013. She has served Pacific communities in the not-for-profit sector, district health boards, academia and social services for nearly 20 years as a clinician, and as an advocate for improving health and social outcomes for Pacific communities.